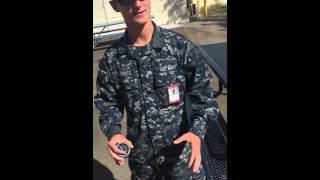 At least he showed up...

The Legend of the Lone Sailor Legend has it that the Lone Sailor was a salty BM2 who gave zero fucks as he had only two weeks left in the Navy and was about to go on terminal leave. As he stood on the pier waiting for the duty driver to take him to the airport, he was approached by a crusty old Master Chief who didn't approve of his hands in his pockets. Furious that he got "shipmated" one last time right before going on terminal leave, he remembered that he recently co
261 views0 comments
-J

Known to clear up the butthurts...